Mooers Branton and Company’s leadership team has amassed considerable insight and perspective developed as founders of companies and as principals (not simply brokers) who have taken companies public in both the US and Europe. They have accrued experience doing three different types of alternative public offerings and/or accessing financial markets through creative means for companies where there is not usually an opportunity for them.

Among the noteworthy areas of expertise the MBC team brings to the table are: proficiency in consummating international transactions, experience in M&A’s (gained from handling several themselves), structuring follow-on offerings in public markets, and loans to bridge certain financial or M&A transactions, very selectively and where deemed appropriate. It should be noted that MBC does not encourage the latter, as that could be indicative of a lack of positive cash flow generation by the businesses and thus lead to concerns about whether they are qualified candidates.  But from time to time, they have executed them.

While the MBC team has much experience in everything from being angel investors (which they no longer do) at the startup stage, to sizeable IPO’s, and have certainly been involved in some companies that experienced duress from time to time, they are quite proud that none of the principals has been involved in a company that ended up in bankruptcy.

Having had to build its acumen in a comparatively new field from end-to-end and without any template to work from, the MBC team is proud to say that its successes have far outweighed any failures. Their mission is to give their clients the benefits of that experience by avoiding potential mistakes and pitfalls and thus maximizing their opportunity for success. 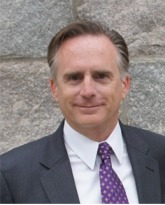 Rick’s merchant banking activities have given him a wide range of international experience, including experience in restructurings, turnarounds, and mergers and acquisitions. Together with Roger Branton and Joe Bobier, Rick co-founded Vislink Technologies in August 2002.

Rick is a generalist in a world of specialists. Rick possesses a working knowledge or better in areas such as management, finance, accounting, tax; international dealings, restructurings/turnarounds, business startups, mergers and acquisitions, securities, legal, investment banking, consulting, negotiating and structuring transactions, licensing; regulatory issues, and most importantly risk management. Rick has both international and US-based experience. Rare and uniquely beneficial to an early stage company, he brings this multinational experience as well as his key international relationships to Vislink. Rick has been involved in leading the various stages of business, from start-up to private placements, commercialization, IPO and exit. 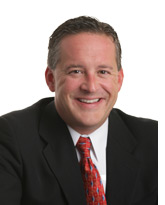 Roger serves as CFO of Mooers Branton & Company and has managed all the stages of growth including the start-up phase, obtaining growth capital through initial public offerings and follow-on acquisitions of complementary companies.

Roger works in a wide variety of roles, including management, finance, accounting, tax; international dealings, restructurings/turnarounds, business startups, mergers and acquisitions, securities, legal, investment banking, consulting, negotiating and structuring transactions, licensing; regulatory issues, and risk management. Roger has invaluable international experience and relationships, and has been involved in each of the various stages of business from start-up, to private placements, to commercialization, to IPO on the London Stock Exchange (LSE) and NASDAQ, to exit.

In 1989, Roger graduated from West Chester University in Pennsylvania with a Bachelor of Science degree in accounting. He trained as a certified public accountant and previously worked for an investment/merchant bank which specialized in the technology, agriculture, and environmental industries, where his duties included acting as interim chief financial officer for several companies within its investment portfolio. 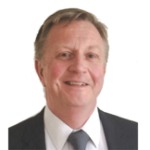 Mats Wennberg has been involved in the IT industry since 1976. From 1986 he worked for Microsoft where he was the Managing Director for the Nordic and Baltic region. In 1999, he was assigned to London as Vice-President for Europe, the Middle East and Africa, where he was responsible for various Microsoft business and sales operations. Mats is today a management consultant and investor and is engaged in a number of Nordic early and middle stage companies focusing primarily on the North American market.

Daniel Carpini is an established technology marketing content and communications professional who has played a lead role in creating brand recognition and thought leadership for a number of companies over the course of his career. He has demonstrated expertise in identifying and conveying an organization’s core persona, attributes and value proposition—in ways that drive brand awareness, customer engagement and revenue generation. He is also highly proficient at managing public relations functions, social media, website CMS (content management systems), as well as being an accomplished graphics designer.

After beginning his career on Wall Street, he relocated to Montréal where he cofounded one of Canada’s first value-added software reseller organizations, featuring premium services including life-cycle management, decision-making resources and customized product sourcing. He grew that company from a start-up concept to one of the leading Canadian providers of computer software, systems and services to government agencies, corporations and consumers. He has spent the last 13 years in the wireless communications field as Vice President of Marketing Communications for providers of wireless video solutions for the broadcast, law enforcement and defense markets, and private mobile broadband networks for critical communications. In this capacity he has held responsibility for all key corporate marketing functions.

Daniel holds an MBA from the Thunderbird School of Global Management in international marketing and cross-cultural communications, and a Bachelor of Business Administration degree in finance from Iona College.

Belinda Marino has broad responsibilities for overseeing and coordinating all human resources and corporate governance affairs. This includes liaison with regulatory agencies, compliance and management of appropriate filings and corporate transactions.

Belinda has extensive experience in all aspects of corporate human resource functions, with responsibility for the administration of the human resources policies, procedures, and programs. This has included departmental development, Human Resource Information Systems (HRIS), employee relations, payroll administration, training and development, benefits, compensation, organizational development, providing necessary education and materials to managers and employees including employee handbooks and standardized reports. She has managed all phases of the recruitment process, including talent acquisition and management, and establishing in-house employee training systems that address company training needs. Belinda is also well-versed in the administration of a variety of employee benefits programs. She holds the following professional designations: SHRM-CP (Society for Human Resource Management – Certified Professional) and PHR (Professional in Human Resources).